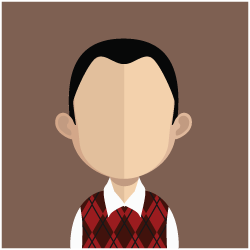 The interesting thing about the human body is that it can work differently for everyone regarding weight loss and making an overall improvement in health. For example, losing fat is more difficult for some people than it is for others, especially in certain parts of the body. If you have been working out on a regular basis but have noticed that your body is disproportioned, it is likely because some areas of your body are losing fat faster than other areas. If you are becoming discouraged from reaching your goal weight, it might be time to get a portion of the excess fat removed by a professional. You do not have to undergo surgery for the fat to be removed if you opt for a procedure known as CoolSculpting.

How Can Fat Be Removed without Undergoing Surgery?

Through the CoolSculpting procedure, fat can be removed by using an applicator that freezes the cells. Rather than an incision being made to access fat cells, an applicator will be attached to the exterior of your body in the area where you desire fat to be removed. The applicator will be situated between two cooling panels that are able to extract heat from the designated area of your body and cause the fat cells to die. Keep in mind that the procedure can only be used for fat reduction in certain areas of the body, including your chin, upper arms, abdomen, and a few other areas.

Does the CoolSculpting Procedure Have Instant Results?

You should not expect to see an instant reduction in fat loss after undergoing the CoolSculpting procedure. It is common for most people to see positive results within a month of undergoing the procedure. However, it could take several months before the full extent of the results is noticed. If you are not satisfied with the extent of fat that is lost, it is possible to undergo additional sessions. The number of sessions that are needed depends on your specific body and the results that you want.

What Are the Side Effects of the CoolSculpting Procedure?

You might notice that the area of your body that was treated is larger after treatment, but rest assured that the swelling is natural from the applicator being used and will go down within a couple of weeks. Other possible side effects include bruising and numbness, which should also subside in a short period of time. The CoolSculpting procedure is safe and should not cause any serious side effects when properly performed.